The Need for Auxiliary Views

In theory, there are only three regular planes of projection: the vertical, the horizonal, and the profile. Actually, it is presumed that each of these is, as it were, double; there is, for example, one vertical plane for a front view and another for a back view.

In the upper left of figure 5-22, there is a single-view projection of a triangular block, the base of which is a rectangle. 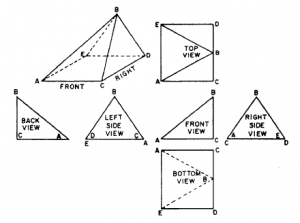 Fig 5-22 A Line Oblique to all Planes of Projection is Foreshortened in all Views.

This block is presumed to be placed for multi-view projection with the right side parallel to the profile plane. The block is then drawn, using all six views of multi-view projection.
By careful examination of figure 5-22, you will see that the lines AB, AE, BD and BC and the surfaces ABC, ABE, and BDE are oblique to three regular planes of projection. The lines are foreshortened and the surfaces are not shown in their true shape in any of the six normal views.

If this part was to be made, say out of sheet metal, the true size and proportions of each face must be established.  In this case, an auxiliary view must be projected.